Home » Blog » Australian Car Import Changes: What this means for you

If you’re planning to import a vehicle into Australia, you’re in luck. Thanks to a new law, you’re able to choose from a wider variety of vehicles. The law allows vehicles 25 years and older to be imported if basic safety requirements are met. The “rolling 25-year rule” replaces the law that required imported vehicles be manufactured in or before 1989.

The 25-year law updates automatically, meaning next year the law will include vehicles manufactured in or before 1995. 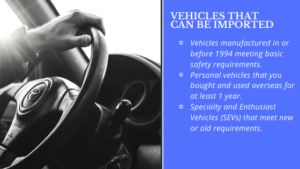 Big changes are also on the way for importing Specialty and Enthusiast Vehicles, but they will not take effect immediately. The Australian Government has decided to delay the law to allow manufacturers and stakeholders time to prepare. Currently, you can import a SEV using requirements from the old or new law.

The new law will fully replace the current one no later than July 2021. Under the new law, eligible SEVs must not be widely available to Australian consumers, have been available for at least three months in overseas markets, and meet one of the six following requirements. 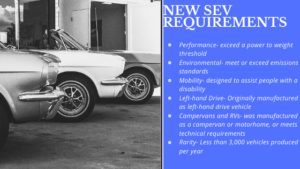